The back of the bag!  I’m giggling while writing this but i’m serious. My sister brought over a bag of bob’s red mill paleo baking flour to try out and I happened to turn it over. On the back of the bag was a paleo pancake recipe. The recipe is mighty easy so I decided to whip up a batch and give it a try in a waffle iron. Since I was testing, I made no changes to the recipe and followed it using plant-based milk (I used homemade cashew milk, you can get my recipe here) and maple syrup to sweeten. I did not need to thin out the batter, as the instructions said you may have to. I’m sure this recipe would make good pancakes as well.

The resulting waffles were slightly crisp on the outside, fluffy and light on the inside without being gritty. I did notice they had a delightfully nutty smell that poured out from my waffle iron as  I was cooking them, I’m sure this was from the almonds in the flour mix toasting on the metal. The scent didn’t linger long and did not create a heavy almond taste in the final waffle.  These were great served with whipped butter, maple syrup and a side of fresh fruit. The last detail i noticed was after finishing my food. These waffles didn’t leave me dragging as you would a traditional starch-heavy brunch. Instead, I was satisfied, and energized, ready to take on the rest of my Saturday. What a lovely effect! I would definitely consider swapping out some of my traditional breakfast treats for this paleo option.

Great job bob’s red mill! this is a very well balanced flour with no hidden ingredients, which I love. I’m looking forward to trying new recipes with it and will update you as I do! I would definitely recommend it for your gluten-free paleo baking needs. 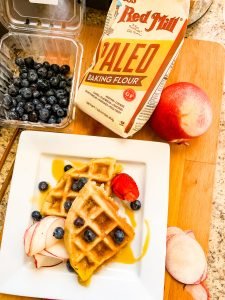 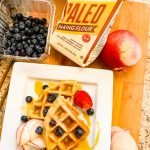 If batter seems too thick, add a little non-dairy milk or water until the desired consistency is reached. 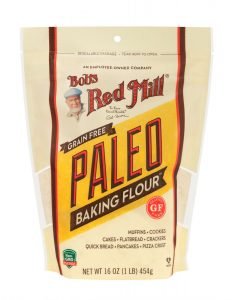 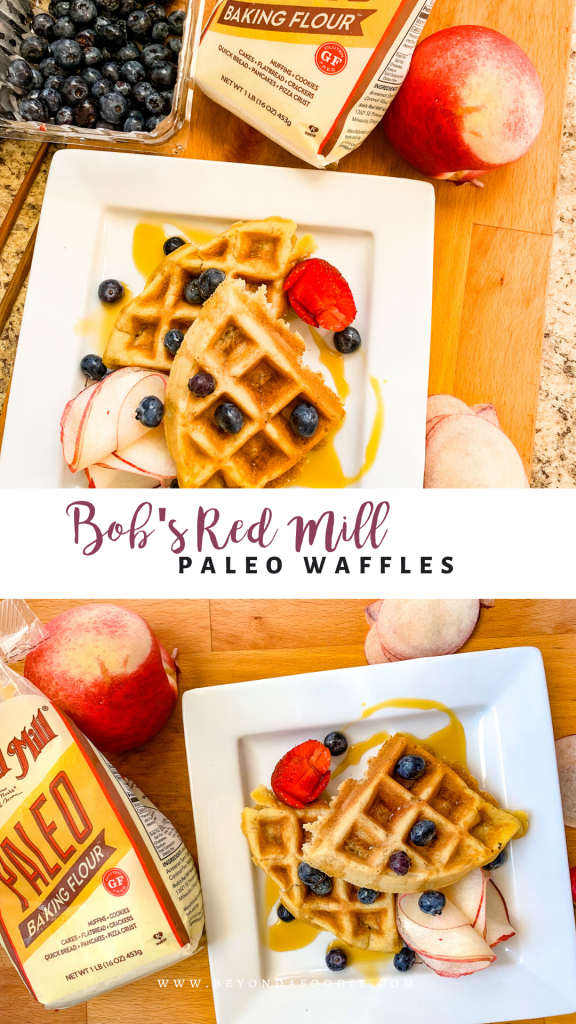 My name is arica! i’m a wife, mom, chef, entrepreneur! my favorite color is blue and i love to cook! welcome to beyond a foodie, a hub i created for sharing our love for food together. it’s my hope that you’re inspired by these recipes that they take you off of your device and into the kitchen. happy eating!